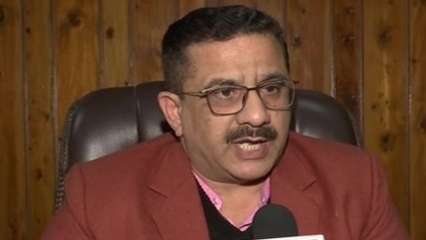 The Central Bureau of Investigation (CBI) has registered two FIRs towards former UP Shia Waqf Board Chairman Wasim Rizvi in reference to alleged unlawful sale-purchase and switch of Waqf properties in Uttar Pradesh.

This follows after the state authorities had ordered a CBI probe in October final 12 months into alleged irregularities in sale-purchase and switch of Waqf properties by Shia Central Waqf Board and Sunni Central Waqf Board.

This improvement comes after the Central authorities gave its nod to the CBI to proceed with the case.

The CBI registered the case on Thursday on the idea of the FIRs lodged at Hazratganj police station (Lucknow) on March 27, 2017, and one other in Prayagraj registered in August 8, 2016.

Uttar Pradesh Minority Minister Mohsin Raza mentioned that Yogi Adiyanath’s authorities had obtained a number of complaints relating to irregularities within the sale and buy of properties within the Waqf Board.

He mentioned the Uttar Pradesh authorities will make it possible for the “culprits” will find yourself in jail.

“The SP and BSP authorities up to now didn’t take heed to the calls for of senior spiritual leaders and social staff, which has led to this large lack of authorities funds,” he added.